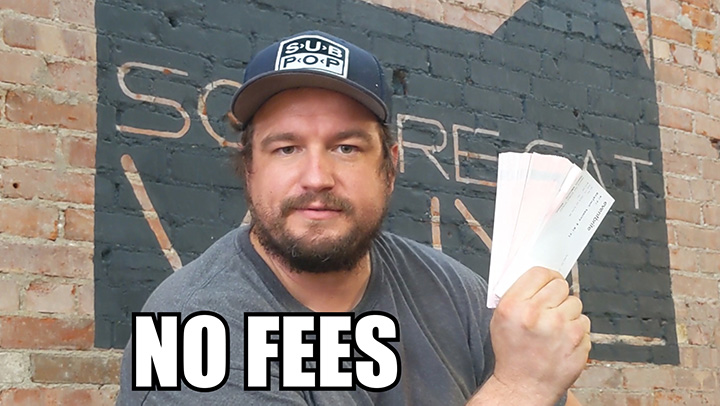 This is a quick, intentionally low-quality Instagram video I created for my friends in Bigfoot Yancey to help promote their album release show.

The band scheduled an album release show at a venue in Indianapolis, and weren’t selling as many tickets as they anticipated. The week before the show, it was discovered that the venue was charging close to $5 in fees for a $13 pre-sale ticket (nearly $18 total). The band felt this was excessive, and the venue allowed them to sell 100 tickets at Square Cat Vinyl and charge the buyers a flat $13.

So, I overhear this entire story while drinking coffee in Square Cat Vinyl and working remotely. Mike Angel (lead singer of Bigfoot Yancey, part owner of Square Cat Vinyl), struggled to create a video to advertise the event. I offered to help.

After 15 minutes of shooting footage on my smartphone, and another 45 minutes of editing, I gave him this silly video.

The video was a hit on social media, quickly racking up thousands of views between Instagram and Facebook. I attribute the video’s success to Mike’s over-the-top “Crazy Mike” persona, and the repetition of the catch phrase “No Fees”.

Before we started the video, the band had sold 50 tickets. In the following week, they quickly sold out of the 100 tickets provided by the venue. Bigfoot Yancey ended up selling 324 tickets in a 400 capacity venue, a resounding success.